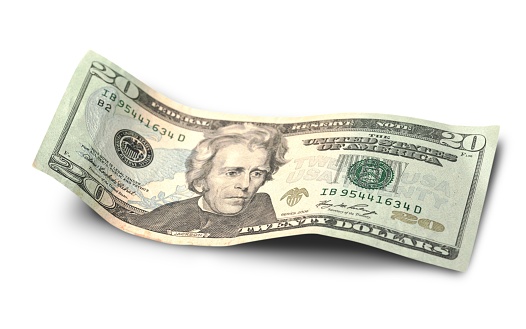 One morning while Freddy hurried down the empty school hallway toward his class, he saw some money on the floor. Picking it up, he discovered it was a $20 bill. He had never held $20 in his hand before.

"Wow, I could get a lot of candy and ice cream with this money," he thought. I’ll have a feast for days to come! Freddy put the money in his pocket and marched to class feeling excited and rich.

But in class Freddy got to thinking about his find. His conscience told him that the money really wasn’t his to keep. Then Freddy’s mind drifted away from everything around him. He remembered a day when his parents had sent him to the store to buy some groceries. On the way to the store he had lost the money and went back home scared and miserable. The money was lost forever.

"I’ll give the money to Mr. Genaro, the vice principal," Freddy decided. "He’s honest and will work hard to find the owner of this money."

As soon as class was over, Freddy ran to the vice principal’s office and explained his mission to Mr. Genaro, who looked at him in a very serious but kind way. "Thank you, Freddy, for your honesty," he remarked. "I’ll try to find the owner of this money."

A few days later Mr. Genaro called Freddy into his office and told him that the owner of the money had been found. It belonged to a girl who was supposed to buy groceries with it on her way home from school.

Freddy felt very glad that he hadn’t allowed his selfish feelings to get in the way of turning the money over to Mr. Genaro. How much better it felt to have done this rather than to keep the money dishonestly and to spend it on ice cream cones and candy bars.

Sometime afterward Freddy learned about Jesus and happily gave his heart to Him. It was then that Freddy realized who had shown him what to do with the lost money.