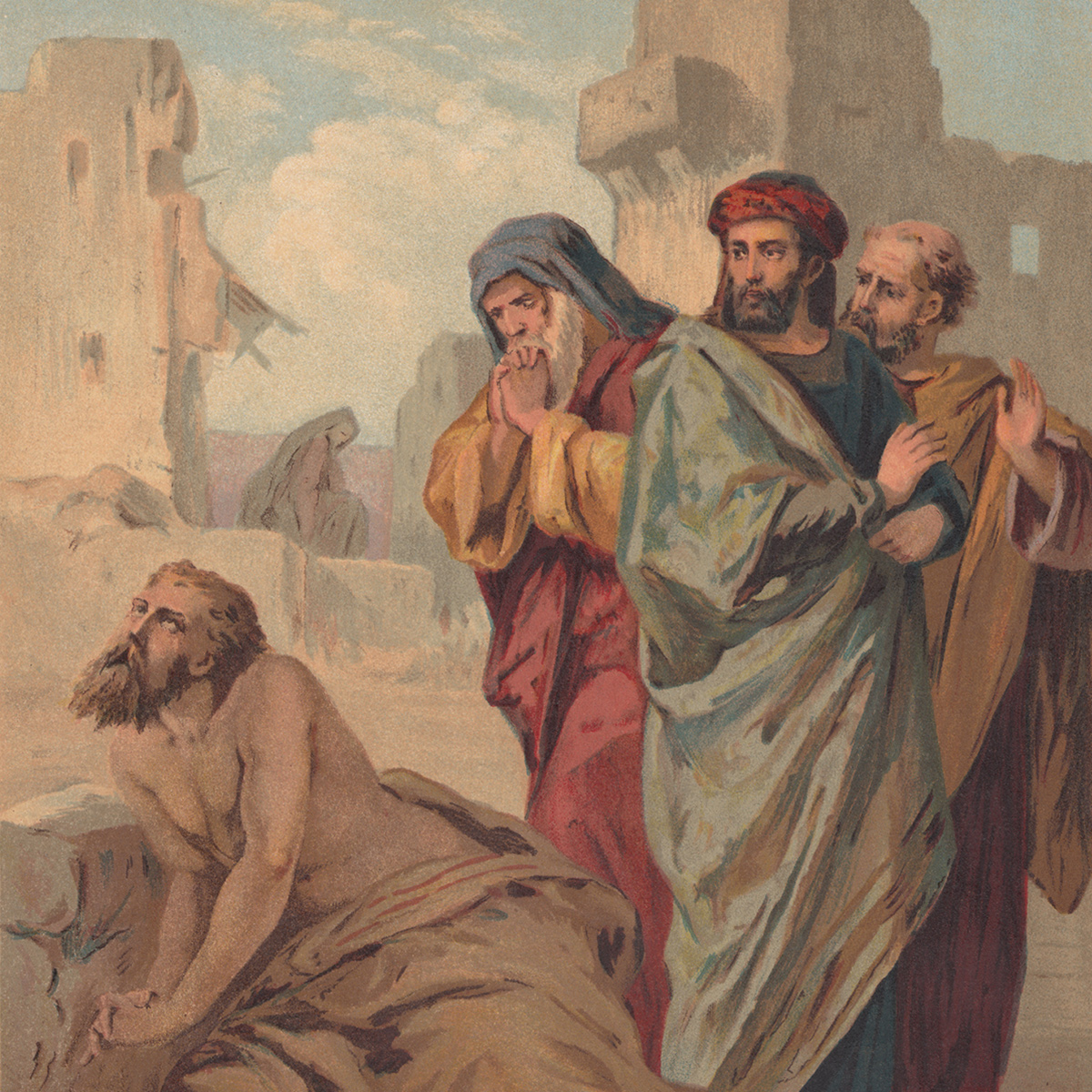 When you think of faithful people in the Bible the Old Testament character, Job, certainly comes to mind. Without a doubt Job was faithful in the little things. And this faithfulness added up. When Job was a child he probably learned to work hard at a very young age helping to take care of his father’s animals. This knowledge he used wisely and he was eventually considered quite a wealthy rancher when he grew up.

In fact he eventually had several large herds of animals. There were 7000 sheep, 3000 camels, 1000 head of cattle, and 500 donkeys. Can’t you just imagine all the yarn that was made with all those sheep! And think of all the clothes, blankets, and rugs they probably made out of all that yarn! Think of all the caravans to various places you could go on with 3000 camels and 500 donkeys! Imagine all the supplies, the foods, the spices that could be transported with that many animals! And with a thousand head of cattle Job certainly had all the milk, cream, and butter that he would need for his family and all his servants! In addition to all this both he and his wife were blessed with 10 children!

And then something happened, something terrible. Have you ever had a time when everything seemed to be going good and then something bad happened. Job had a similar experience, only it was worse, way worse than anything that most of us can ever imagine!
In Job chapter 1 we are told of the terrible tragedies that happened to him in one day! All his animals were either stolen or destroyed. And his children were all killed in a tragic accident caused by the devil as well.

His wife didn’t realize that all these things had come because of the evil of Satan. So she encouraged Job to curse God. So what did Job do? Instead of cursing God, He fell down and worshiped him and stated, “Naked I came from my mother’s womb, and naked I will depart. The LORD gave and the LORD has taken away; may the name of the LORD be praised” (Job 1:21). Wasn’t Job faithful!

Job never doubted God’s love in any of these things happening. Like many of us, Job didn’t understand why calamities like these happen, but he remained faithful anyhow.

Naturally, the devil didn’t like the fact that Job was still faithful. And so he went even farther at being mean towards this man. He made Job’s skin have sores on it from the top of his head down to the tender soles of his feet.

The people in Job’s time typically felt that God was responsible for everything that happened to them. Job was no exception. He felt that God had brought these evils about. And yet Job was still faithful to his God and He still loved Him.

But sometimes the devil chooses to use those closest to us to do the most damage. He had already used Job’s wife to encourage him to sin. The next step he chose was to encourage Job’s three friends to discourage him.

Oh, they acted like they came to cheer him up. But all they were doing was accusing him of doing something very bad. They said bad things don’t happen to righteous people. They accused Job of evil. How else could he explain all these terrible things that happened to him and his family?

And through all their accusing Job held his temper. And we see the reward of his faithfulness in the last chapter of the book of Job. There it tells how Job was doubly blessed. Once again he had many animals. And his herds grew to twice their original size. Instead of 7000 sheep he then had 14,000. Instead of 3000 camels he had 6000. Where he used to have 1000 head of cattle his herd increased to 2000. And where he had 500 donkeys before the tragedy, he was now blessed with 1000.

And in addition to this he and his wife were blessed with 10 more children! Wasn’t God faithful! Someday when all the saints are resurrected and taken to Heaven Job is going to see just how faithful God is. And it’s quite possible seeing that his animal herds were all doubled that the number of children will be doubled too; for if his children who died in the wind storm and the children he had later in life all chose to live for God they will all be resurrected. So it’s quite possible that in Heaven Job, the man of faith, will have 20 children!