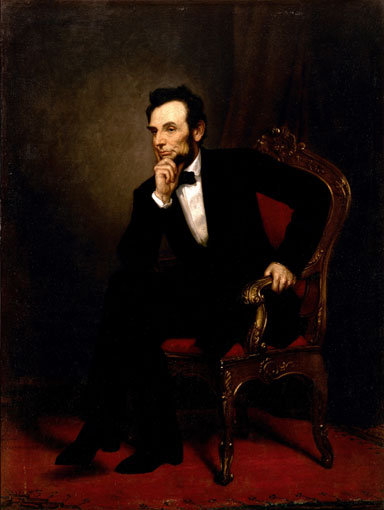 During the American Civil War a young soldier lay wounded in a hospital far from home. As he grew worse each day, he felt that his only hope of recovery was to be with his family.

One morning President Lincoln visited the hospital to comfort the wounded men. As the homesick soldier watched the president, he saw how kindly he treated every man, passing by none without some fatherly expression of interest. He decided that when the president approached his bed, he would ask him a favor.

Finally his turn came. President Lincoln asked the soldier, "Are you comfortable?"

He answered, "Not so comfortable as I would be, Mr. President, if I were back home."

The president looked at the young man for a few moments, gave him a friendly nod, and continued through the ward, visiting every patient.

Private Stover kept a close watch on the president until he left the hospital ward. He was dismayed that, after seeing so many men, Lincoln hadn’t jotted down his name or taken a single note. Sinking hopelessly back into his bed, Private Stover was certain that he would never see his family again.

How surprised he was a few days later when an order came in Lincoln’s own handwriting to transfer Private Stover of Company H, 2nd Maryland Volunteers to the military hospital at Annapolis, his hometown!

Young Stover got better under his family’s care at the new hospital. Years later he said, "It has always been a mystery to me that a man with so much to think of should keep in mind the name, company and regiment of a private soldier and care about his need."

Lincoln’s kindness to the soldier is a miniature illustration of the loving, deeply personal interest God has in every one of us. He knows our cares and needs, including the needs we’re not even aware of. He doesn’t have to take notes to remember our lives and burdens, because He says in the Scriptures that our names are written on the palms of His hands, and that we are set as a seal upon His heart, and as gems in His crown. See Isaiah 49:16; Song of Solomon 8:6; Zechariah 9:16. We may come to God with our prayers, and He will hear us, and send us merciful and loving answers far beyond our expectations.