The Passing of Sam

The Passing of Sam

"Ahhh," yelled Sam Ballard as he slid and fell on the grass. 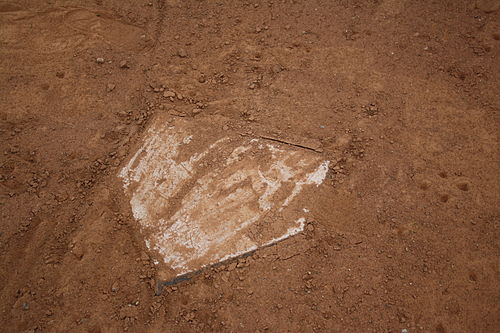 "Are you okay? Did you hurt your head?" asked Sam’s cousin, Gerald Crowder.

"But I was worried that you might have injured your…"

"Cool it," insisted Sam as he slowly rose to his feet.

The two quickly got back to their game of ‘Dare Base’.

Gerald was worried about his cousin Sam. For years his cousin had a tumor on his brain. Occasionally, Sam would get quite weak from the treatments, but the result was always the same. After the chemo was stopped, the tumor started growing again.

"Tweeet!" shrilled a whistle as the teacher called the students in for class at the Rock SDA School. Just then Gerald noticed two larger boys shoving his cousin.

"Gerald, they’re only teasing. If those two oafs were really trying to push me down, I’d be smeared like a bug all over the grass. Come on guy, stop playing big brother."

But it was hard for Gerald to not look after his cousin. Sam’s frame was quite a bit smaller than all the other boys in their class. Because of the cancer, he looked more like a 4th grader.

All too often, Gerald worried himself sick over his cousin’s health. Sam always told him not to worry, that he would probably get better eventually.
But a couple weeks later Sam’s health took another turn for the worse. He had to be out of school for a couple of weeks.

"Here are your assignments for today. Do you need any help?" questioned Gerald.

"Yeah, my eyes don’t seem to be focusing too good. Could you read for me?" asked Sam.

"Sure thing," Gerald responded. Gerald was a little more concerned than he had ever been. Sam never had eye problems going through any of these spells before.

The next day at school Gerald once again asked for prayer for Sam as he always had before when he was going through times like this.

"Gerald would you mind coming up here this morning and saying the prayer for your cousin?" asked Mr. White, their teacher.

Gerald thought of the spiritual guy his cousin was. He always seemed to be so trusting in God. Maybe it was because of all that he had been through. He stood from his desk with determination and walked up to the front of the tiny school and prayed, "Dear God, please help my cousin, Sam. Please help him to get better, in Jesus’ name. Amen."

Every night Gerald would go over to his cousin’s house and take his books and read his lessons to him. But finally, Sam was able to read again and returned to school a couple weeks later. Sam had always been a straight-A student in school, but Gerald noticed that Sam now got quite a few B’s and even a couple C’s on occasion.

Toward the end of January Sam was having another spell and had to be hospitalized for several days because of the complications he was having.

"Hi, Sam. I brought your homework," Gerald spoke as he stood by Sam’s hospital bed.

"Oh, hi Gerald," Sam spoke sleepily. "Gerald, my muscles are kind of weak today and I’m not seeing things so good. Do you suppose you could
read my lessons, and I’ll give you the answers? Then you can write them down."

"Yeah sure, Cuz," Gerald said as he eased himself into a chair.

While their mothers visited with the nurses out at the nurses’ station, Gerald read through their studies and wrote down Sam’s answers at the end of the chapters. There were several answers that Gerald felt bad about writing down because he knew they were wrong, but Sam couldn’t seem to think as clearly as he used to.

Finally, Sam interrupted Gerald, "Can we call it a day? I’m so sleepy."

Finally, after a couple weeks, Sam was able to come back to school, but his grades took a turn for the worse. More and more of his answers were wrong. For the first time in his life, Sam was now getting D’s and F’s. Gerald was worried that his cousin might not pass 8th grade. Gerald was looking forward to Sam being his roommate when the two went off to academy. Now that might change.

Because of his cousin’s failing condition, Gerald often found himself praying, "Dear God, please be with Sam. Please help him in his school work. And please Lord, help him to get better, in Jesus’ name. Amen."

But Sam had missed a lot of school, and this made it hard when he took tests. His grades got continually worse, as did his health. Later that spring, Sam was actually out of school a whole month because of health problems related to the tumor and the chemo.

At the end of that month Sam was taken home and made comfortable in his room. Gerald still continued bringing Sam his homework, but Sam seemed to sleep more and more and the homework got done less and less.

One day Gerald tiptoed into Sam’s room and quietly sat down on the chair beside his bed. As he was looking around the room at all the pictures of his cousin and himself, Sam spoke to him, "Gerald," he said sleepily.

Just then, the boys’ mothers entered the room.

"Gerald, listen to him. He wanted to be the one to tell you," spoke Gerald’s mother. Gerald looked at the two misty-eyed moms as Sam continued.

"Gerald when I was in the hospital, the doctor had a talk with Mom and me," continued Sam. "He told me that I was going to die."

Gerald just sat there in stunned disbelief as his eyes turned from his cousin, to their pictures on the wall, and to their teary-eyed moms.

He remained motionless as Sam continued, "Gerald, I know you’ve always tried to protect me. And I just want you to know that you’re the greatest cousin that a guy could ever have."

Gerald just sat there in shocked silence, while he noticed a small tear trickle down Sam’s cheek and land upon his pillow.

Neither Sam nor Gerald had cried since they were both six-years-old. But with that tear came a chorus of sniffles from behind Gerald. And immediately, all the pent up emotion that Gerald had held in that past year came gushing forth in a flood of tears as he himself finally admitted the inevitable. He tried to hold in the tears and the sobbing, but he eventually gave way to deep sobs and a torrent of tears splashing down his face as he laid his head across his cousin’s chest and hugged him.

A few weeks later, Gerald looked down on the form of his cousin Sam, lying in the casket in front of the funeral parlor. Tears dripped down his cheeks as he thought of all the fun his cousin and he had growing up close to each other. Eagerly, he looked forward to the great reunion in Heaven so that he could see his cousin once again. There, he knew, Sam wouldn’t be sick like Gerald remembered him the past few months. He would be strong and healthy and the two of them could enjoy the things that God had prepared for them in the earth made new.

Author’s note: Have you ever prayed for someone who was dying, only to have them die later?

Remember: God always answers prayer. Gerald prayed that Sam would get better and live. And Jesus will honor that request. For if Sam was faithful, someday he will not only get better, but in the twinkling of an eye, he will be in perfect health and be equipped with an immortal body and live forever in Heaven and the earth made new.

But I would not have you to be ignorant, brethren, concerning them which are asleep, that ye sorrow not, even as others which have no hope. For if we believe that Jesus died and rose again, even so them also which sleep in Jesus will God bring with him (1st Thessalonians 4:13-14).

In a moment, in the twinkling of an eye, at the last trump: for the trumpet shall sound, and the dead shall be raised incorruptible, and we shall be changed. For this corruptible must put on incorruption, and this mortal must put on immortality…then shall be brought to pass the saying that is written, ‘Death is swallowed up in victory. O death, where is thy sting? O grave, where is thy victory?’ (1st Corinthians 15: 52-55)