What was the first food given for us to eat? In the beginning man only ate fruits, grains, nuts, and legumes. No animals were killed for food. It's in the Bible, "Then God said, ‘I give you every seed-bearing plant on the face of the whole earth and every tree that has fruit with seed in it. They will be yours for food" (Genesis 1:29, NIV). The Creator knew exactly what humans needed to maintain the bodies that He had just formed. Try to imagine what the first apples, peaches, and other fruits must have tasted like. There was no blight, no hidden worms and no pesticides used.

When was meat added to the human diet? After sin entered, man and beast began to kill each other.  However, eating meat is not mentioned until after the flood when all vegetation was destroyed by the water. It’s in the Bible, "All wild animals and birds and fish will be afraid of you, God told him; ‘for I have placed them in your power, and they are yours to use for food, in addition to grain and vegetables. But never eat animals unless their life-blood has been drained off” (Genesis 9:2-4, NLB). One of the reasons for not eating the blood of animals is because any disease the creature might have is carried in the blood. God knew that animals would become diseased and He did not want the diseases passed down to anyone.

Are there any forbidden animals that I am not supposed to eat? Yes! God made everything for a purpose but not everything was made to eat. It’s in the Bible, "You must distinguish between the unclean and the clean, between living creatures that may be eaten and those that may not be eaten" (Leviticus 11:47, NIV).  Read the whole chapter for more details. If you pay close attention to God’s list of clean animals you will discover that animals like the cow, goats, sheep and chickens are animals that mainly eat grass or plants. These are clean animals to eat. The Bible says “You may eat any animal that has a split hoof completely divided and that chews the cud” (Leviticus 11:3, NIV). 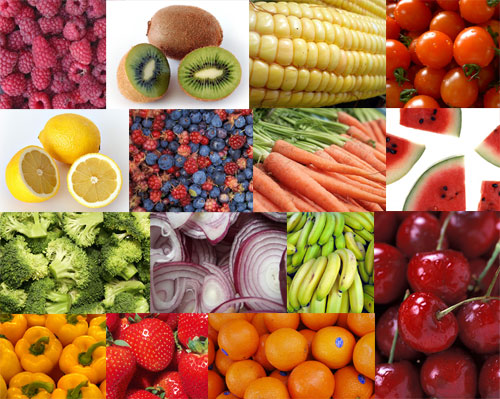 But Jesus made all the unclean animals clean in the New Testament, right? The last book of the New Testament, Revelation, describes the false church (Babylon) as being “a cage of every unclean and hateful bird” (Revelation 18:2, KJV), which proves that all animals weren’t declared clean by Jesus.  Jesus didn’t mention any change to Peter, one of His closest disciples because after Jesus went back to heaven Peter said “I have never eaten anything impure or unclean” (Acts 10:14, NIV).

This distinction between the clean and unclean will continue to the end of time. A prophet of the Lord saw the Second Coming of Jesus in a vision and wrote, "See, the Lord is coming with fire, and His chariots are like a whirlwind; He will bring down His anger with fury, and His rebuke with flames of fire…Those who consecrate and purify themselves to go into the gardens, following the one in the midst of those who eat the flesh of pigs and rats and other abominable things—they will meet their end together, declares the Lord" (Isaiah 66:15, 17, NIV). Notice that pigs and rats are like vultures. God made them to clean up the earth. They were made to eat the garbage.

Why is our diet important to God?  Jesus died for you and He wants to live within you. The Bible says “…that your body is the temple of the Holy Spirit who is in you…For you were bought at a price; therefore glorify God in your body and in your spirit, which are God’s” (1 Corinthians 6:19, 20, NKJ).  The same writer continues by adding this “So whether you eat or drink or whatever you do, do it all for the glory of God” (1Corthians 10:31, NIV).

How does diet make a difference? The Bible records the story of a young boy and his friends who were captured by enemy soldiers. These boys were so smart and perfect that the king decided to feed them at his table and train them to be leaders in his kingdom. Unfortunately, this king had foods that were unclean and unhealthy. It's in the Bible, “But Daniel resolved not to defile himself with the royal food and wine and he asked the chief official …Please test your servants for ten days; Give us nothing but vegetables to eat and water to drink. Then compare our appearance with that of the young men who eat the royal food… At the end of the ten days they looked healthier and better nourished than any of the young men who ate the royal food” (Daniel 1:8, 12, 13, 15, NIV).

Ask the Doctor.  If you are hyperactive, have high blood pressure, heart disease or diabetes, the doctor will put you on a special diet. That is because food does make a difference in your well being. God knew this because He created you and knows what is best for your body. He designed that the most excellent foods for you to eat are plant based foods. Fresh fruits, vegetables and whole grains are the most superlative foods you can eat. After all God is the Great Physician and He knows everything!