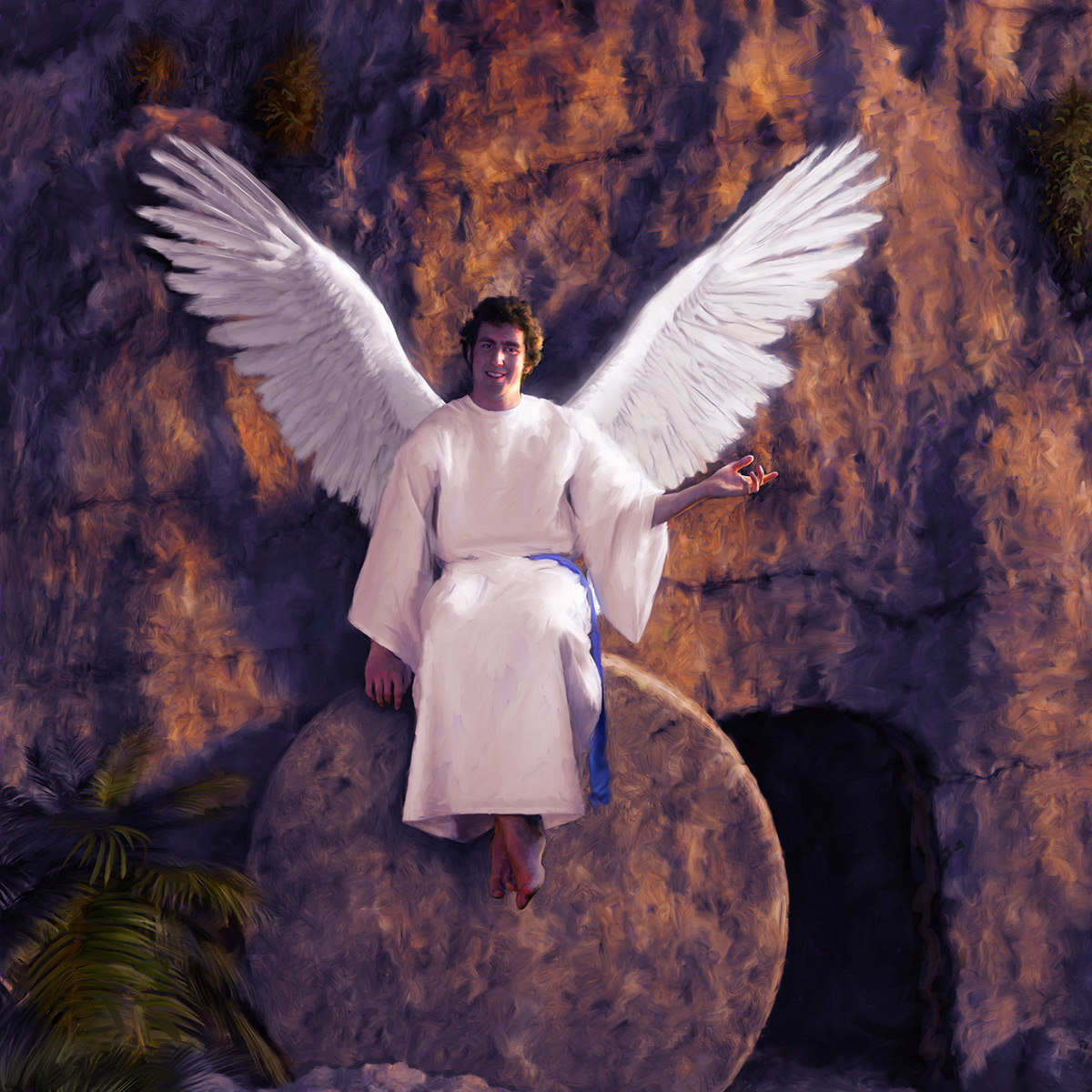 There are lots of stories circulating about angels. Some people believe that angels are imaginary – like Tinker Bell. Others believe that when you die, you become an angel. It’s important that we know the truth, so let’s go to the Bible, the best book of all.

Are angels real? Yes. The Bible says, “Are not all angels ministering spirits sent to serve those who will inherit salvation?” (Hebrews 1:14, NIV). In this verse “minister” means to help. So this verse is telling us that angels are sent to help God’s children.

How many angels are there? The apostle John wrote, “Then I looked and heard the voice of many angels, numbering thousands upon thousands, and ten thousand times ten thousand” (Revelation 5:11, NIV). That’s over 100,000,000 angels! John is letting us know that there were so many angels that he couldn’t count them.

What kinds of things do angels do? They carry out God’s orders. The Bible says, “Bless the Lord, you His angels, who excel in strength, who do His word…” (Psalm 103:20, NKJV).

Who is the leader of the angels? The Bible says, “Christ is in heaven, sitting in the place of honor next to God the Father, with all the angels and powers of heaven bowing before him and obeying him” (1 Peter 3:22, TLB). It’s nice to know that Jesus is in charge and our angel stays in contact with Jesus.

Do people who die become angels? No. Angels and human beings are very different. The Bible says, “What is man that You are mindful of him? . . . For You [God] have made him a little lower than the angels, and You have crowned him with glory and honor” (Psalm 8:4, 5, NKJV).  During creation God made trees, animals, and people separately. It was the same way with angels and people. Angels were created before mankind, so they couldn’t be people who have died and then be turned into angels.

Can angels appear in the form of people? Yes. The Bible says, “Do not forget to entertain strangers, for by so doing some people have entertained angels without knowing it” (Hebrews 13:2, NIV). Read Genesis 18 and discover how angels appeared to Abraham in the form of men.

Do angels ever come to this earth? Yes. The Bible mentions a number of times when angels have come to earth and appeared to men and women. One of these times was when angels appeared to the shepherds who were watching their sheep and told them that Jesus had been born in Bethlehem. The Bible says, “An angel of the Lord appeared to them [the shepherds], and the glory of the Lord shone around them, and they were terrified. But the angel said to them, ‘Do not be afraid. I bring you good news of great joy that will be for all the people,’ . . . . Suddenly a great company of the heavenly host appeared with the angel, praising God” (Luke 2:9, 10, 13, NIV).

Do I have an angel? Yes, you do. Each person has an angel who watches over him or her. We sometimes call them “guardian angels.” The Bible says, “Beware that you don’t look down upon a single one of these little children. For I tell you that in heaven their angels have constant access to my Father” (Matthew 18:10, TLB).

Will my angel rescue me from danger? Yes. The Bible says, “The Angel of the Lord guards and rescues all who reverence him” (Psalm 34:7, TLB).

When Jesus comes to earth the second time, who is going to come with Him? The Bible says, “They will see the Son of Man coming on the clouds of the sky, with power and great glory. And he will send his angels with a loud trumpet call, and they will gather his elect [chosen ones] from the four winds, from one end of the heavens to the other” (Matthew 24:30, 31, NIV).

Are there bad angels and if so, where did they come from? Yes, there are bad angels. They were once good angels who chose to rebel against God. The Bible says, “The great dragon was hurled down—that ancient serpent called the devil, or Satan, who leads the whole world astray. He was hurled to the earth and his angels with him” (Revelation 12:9, NIV).

Will God ever get rid of the evil angels once and for all? Yes. The Bible says, “Then he [Jesus] will say to those on his left, ‘Depart from me, you who are cursed, into the eternal fire prepared for the devil and his angels’ ” (Matthew 25:41, NIV).

Click here to read about the angel that found Kaye’s glasses during a snow storm.