Last Day Events – A Nightmare or a Sign of Hope?

There are approximately one billion hungry people in the world right now due to famines and poverty. Tsunamis, caused by earthquakes, have killed hundreds of thousands of people in India, Africa and Japan. Wildfires and floods destroy millions of acres of land every year. People are dying in record numbers from cancer, diabetes and heart disease. Is this a sign that our world is about to end? Let’s open our Bibles and read what God has to say about the last days of earth’s history. 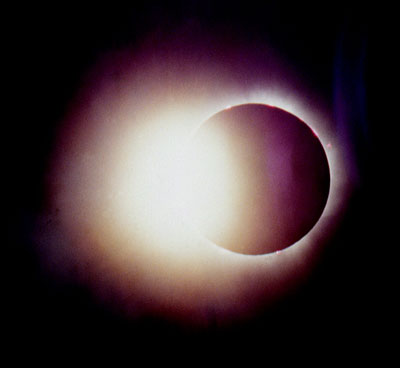 How can I not be frightened about this topic? Jesus didn’t want His children to be afraid. He said, “Let not your heart be troubled; you believe in God, believe also in Me.” (John 14:1, NKJV). Jesus told us these things so we wouldn’t be surprised. Knowing these things are happening just as Jesus said, gives us confidence and hope in Him.

Does the Bible say that our world will not last forever? Yes! It’s in the Bible, “But the day of the Lord will come as a thief in the night, in which the heavens will pass away with a great noise, and the elements will melt with fervent heat; both the earth and the works that are in it will be burned up.” (2 Peter: 310, NKJV).

What are the signs of Jesus coming? The disciples asked the same question and this is what Jesus told them:

Wars -“Nation will rise against nation, and kingdom against kingdom.

Famine & Earthquakes – “There will be famines and earthquakes in various places” (Matthew 24:7, NIV).

False Christ and Antichrist – “For false Christs and false prophets will appear and perform great signs and miracles to deceive even the elect – if that were possible” (Matthew 24:24, NIV).

Signs in the sun, moon, and stars-, "Immediately after the distress of those days the sun will be darkened, and the moon will not give its light; the stars will fall from the sky, and the heavenly bodies will be shaken. At that time the sign of the Son of Man will appear in the sky, and all the nations of the earth will mourn. They will see the Son of Man coming on the clouds of the sky, with power and great glory."(Matthew 24:29-30, NIV).

What kind of lifestyle will people be living? It’s in the Bible, "But mark this: There will be terrible times in the last days. People will be lovers of themselves, lovers of money, boastful, proud, abusive, disobedient to their parents, ungrateful, unholy, without love, unforgiving, slanderous, without self-control, brutal, not lovers of the good, treacherous, rash, conceited, lovers of pleasure rather than lovers of God — having a form of godliness but denying its power. Have nothing to do with them" (2 Timothy 3:1-5, NIV).

An increase in knowledge and travel is a sign of the last days. Did you know that your cell phone and computer is a sign of the end? It’s in the Bible, "But Daniel, keep this prophecy a secret; seal it up so that it will not be understood until the end times, when travel and education shall be vastly increased!" (Daniel 12:4, TLB).

Is fear one of the signs? Yes! "There will be signs in the sun, moon, and stars. On the earth, nations will be in anguish and perplexity at the roaring and tossing of the sea. Men will faint from terror, apprehensive of what is coming on the world, for the heavenly bodies will be shaken" (Luke 21:25-26, NIV).

Will there be any peace? It’s in the Bible, "For you know very well that the day of the Lord will come like a thief in the night. While people are saying, ‘Peace and safety,’ destruction will come on them suddenly, as labor pains on a pregnant woman, and they will not escape" (1 Thessalonians 5:2-3, NIV).

But haven’t these things been happening for hundreds of years? Some of them have, but not as frequent. It’s in the Bible, "First, I want to remind you that in the last days there will come scoffers who will do every wrong they can think of, and laugh at the truth. This will be their line of argument: 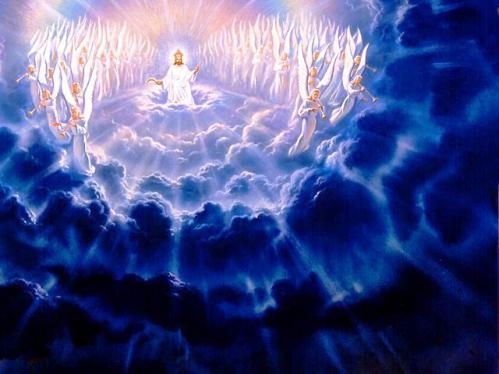 ‘So Jesus promised to come back, did He? Then where is He? He’ll never come! Why, as far back as anyone can remember everything has remained exactly as it was since the first day of creation” (2 Peter 3:3-4, TLB). If we were to die today, it would be like the second coming of Jesus for us.

What are people to do when they see these things taking place? It’s in the Bible, "So be prepared, for you don’t know what day your Lord is coming. Just as a man can prevent trouble from thieves by keeping watch for them, so you can avoid trouble by always being ready for My unannounced return" (Matthew 24:42-44, TLB).

Did Jesus say when the end would come? It’s in the Bible, "And this gospel of the kingdom will be preached in the whole world as a testimony to all nations, and then the end will come" (Matthew 24:14, NIV). When Jesus comes, all fear, pain and death will be destroyed and we will be reunited with all of our loved ones. That is something to look forward to!