Do you ever feel like other kids are pressuring you to do something you don’t want to do? Do other kids ever try to get you to dress like them, go where they go, do what they do—even things you know are wrong? That’s called “peer pressure.” The Bible talks about peer pressure. Let’s see what it has to say.

Peer pressure often leads to bad decisions. It’s in the Bible, “The king was grieved, but because of his oath, and because he didn’t want to back down in front of his guests, he issued the necessary orders” (Matthew 14:9, TLB). Without thinking it through, King Herod promised Herodias’s daughter anything she asked for. She asked him to behead John the Baptist! Herod didn’t want to do it, but peer pressure caused him to make a terrible decision. He had John beheaded.

Don’t allow yourself to be pressured by other kids—be honest and think for yourself. It’s in the Bible, “Don’t join mobs intent on evil. When on the witness stand, don’t be swayed in your testimony by the mood of the majority present, and do not slant your testimony in favor of a man just because he is poor” (Exodus 23:2, 3, TLB). Here, the Bible is talking about being a witness in court, but the same principles are true in any situation. We should think for ourselves and not let others influence us to do or say something we know is wrong.

Giving in to peer pressure can lead to tragic consequences. It happened at the trial of Jesus. “But they [the crowd] shouted louder and louder for Jesus’ death, and their voices prevailed. So Pilate sentenced Jesus to die as they demanded” (Luke 23:23, 24, TLB). 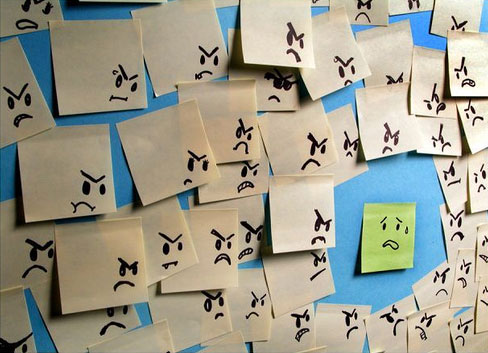 So what should you do when you feel pressured? The Bible says “Don’t do as the wicked do. Avoid their haunts—turn away, go somewhere else, for evil men don’t sleep until they’ve done their evil deed for the day. They can’t rest unless they cause someone to stumble and fall” (Proverbs 4:14-16, TLB). One of the best ways to handle peer pressure is to simply turn away and leave if you’re feeling pressured to do something you don’t want to do. Try to avoid situations where others pressure you to follow them in doing wrong.

Does the Bible have any other advice regarding peer pressure? Yes. The apostle Paul says, “We stand true to the Lord whether others honor us or despise us, whether they criticize us or commend us. We are honest, but they call us liars” (2 Corinthians 6:8, TLB). Determine to stand true to God and refuse to compromise with evil no matter what others around you are doing—or what they say about you. This is excellent advice.